Midway has issued a press release revealing that they hav so far shipped 1.8 million copies worldwide of Mortal Kombat vs DC Universe (PS3/Xbox 360). Ed Boon, creator of the classic fighting series, also lets us know that work on the next chapter of the Mortal Kombat saga has already begun.

"Mortal Kombat vs. DC Universe was the result of countless hours of hard work by many people, and seeing the game surpass the million-seller plateau makes it worth all the effort," said Ed Boon, Mortal Kombat co-founder and creative director, Midway. "We're already hard at work on our next version of Mortal Kombat, and look forward to being able to reveal more details in the future."

Ed Boon: We're working on the next Mortal Kombat

MK vs DC - the full line-up 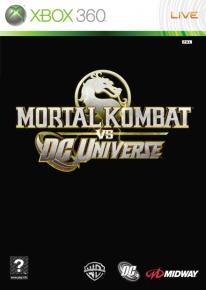