The basic principle remains the same. You buy the game which comes bundled with a portal, some figures and some bonus coins. Stick figures and coins onto the portal while it's plugged into your console, and they'll appear in-game. It's the same setup as Skylanders.

There are Playsets that, if their transparent plastic sculpture is placed on the portal, will unlock a complete themed game world to run around in. The 2.0 starter set includes three figures and an Avengers game world, and to get more you'll have to buy additional Playsets and figures separately. You can use older figures and coins from the previous game still, but you cannot use the older Playsets (and you can't use any of the new Playsets or figures with the first game).

If you survive the lengthy loading time of the Avengers Playset, you'll land in a fictional New York, though you'll have to bring a lot of childish imagination to picture this as a vibrant city. Disney Infinity 2.0's New York is a huge, grey place with its epic locations as empty and desolate as a small town marketplace at 3am in the morning.

All the vehicles look the same, and there's only a smattering of NPCs strolling around. This reduced backdrop was a problem with the first game and hasn't much improved with the second, even on the Xbox One version - and it looks just okay. It's a clear indicator, and issue, with cross-gen development.

In this open world there awaits a load of mini-games and missions. However, they're not particular varied. There are always the same opponents, similarly structured tasks. Everything is kept relatively simple, both in appearance and content wise.

On the one hand, it's built so even the youngest gamers can play, but things could still have been done better, and there are some good ideas incorporated into the gameplay. If your character's health depletes completely, you can quickly swop in a new superhero onto the portal and so not lose your level progression. Slight disadvantage though: if that character is not of a high enough level (all characters can hit up to level 20) we're quickly outmatched by tougher opponents. You won't hit that top level by the time you finish the Playset, but you can at least carry that progression over into every game mode.

You'll encounter stronger opponents the longer you play, though most fight in predictable fashion, and missions finish with a final boss fight who's too powerful - the difficulty scaling seems unbalanced - but who can be knocked out through repeating a simple combat routine. There's no real challenge.

It's just boring. The gameplay isn't particular exciting, and what story there is doesn't engage enough to make you want to see it through to the end.

But, there is good stuff to this new package. Once again, the Toy Box is a lot more fun than the Playsets. As before, this world editor lets you build your own levels and challenges. The addition of creator tools ensure that thematic worlds are built automatically. We can place small builders in the world, use templates or download Toy Box worlds created by the community or the developers, and we can also upload our own creations.

Inside the Toy Box we can enjoy mini-games created by putting specific new coins onto the portal. Mini-games such as fun Tower Defense types set in Asgard, or there's dungeon crawlers. Simple stuff, but at least entertaining. Also MyInterior is a lot of fun: you can build a mini world, decorate and provide it with its own inner life. Markers and action fields can also be used to design little games inside the game. There's enough to sit and happily tinker with for a while.

If all the iconic characters that are tied into the experience didn't exist, the game would be completely irrelevant. It's how much you enjoy the Disney and Marvel characters that will decide whether you'll enjoy what's on offer here. Even with some added superhero heft, the game isn't substantially different, or better, than its predecessor. The enhanced Toy Boxes are nice but the Playsets are still tragically boring.

HQ
Gamereactor UK
+
Toy Box offers a lot of fun, Marvel characters add some extra to the mix
-
Playset level and mission designs are boring, areas are barebones, levelling characters feels one-note
is our network score. What's yours? The network score is the average of every country's score

REVIEW. Written by Gillen McAllister on the 18th of September 2014 at 13

"Even with some added superhero heft, the game isn't substantially different, or better, than its predecessor."

We take a look at the new content released.

We're taking a look at some of the new content available for the game.

Watch a gameplay clip from the Xbox One version. 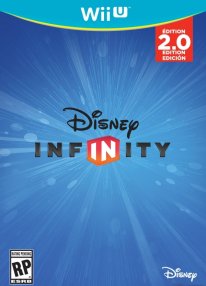