Codemasters have announced that Colin McRae: Dirt 2 (or just Dirt 2 for shorts) will be released in September on a plethora of platforms (DS/PC/PS2/PS3/Wii/360), in fact it is the widest range of platforms any of the ten million plus selling Colin McRae franchise have been released on.

Codemasters released a few bullshots (target renders and concepts) to go with this announcement, but after seeing what this engine is capable we have no doubts that Colin McRae: Dirt 2 will be one of the most visually impressive racing games ever released - that is at least on PC, PS3 and Xbox 360.

REVIEW. Written by Marve Fleksnes on the 9th of September 2009 at 15

Comes out early in September

PC version due in December

Lots of dust in these screens

How does it look? 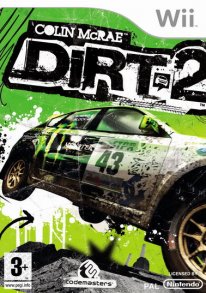