Capcom have officially released the viral trailer that appeared on Youtube last week and thus confirmed that Dead Rising 2 is indeed on its way. As previously rumoured Canadian developer Blue Castle Games are handling the production under the supervision of Capcom producer Keiji Inafune. The game takes place in Fortune City, seemingly a zombie Vegas and a casino resort will serve as the main stage.

What happens if you put fireworks in the mouth of a zombie? Or how about combining a wheel chair with a couple of guns? Bengt researched this and much more in Fortune City.

Zombies will make you rich!

First DLC for Dead Rising 2 out

ARTICLE. Written by Jonas Elfving (Gamereactor Sweden) on the 27th of September 2010 at 08

Dead Rising 2 has just reached store shelves and we had the chance to sit down with Capcom's Keiji Inafune to discuss zombies in general and Dead Rising in particular...

Thank you for your time. We will take care of this matter as soon as posible
PS2?

There is nothing either good or bad, but thinking makes it so. /PSN: The_te
Thank you for your time. We will take care of this matter as soon as posible
Nobody noticed right? 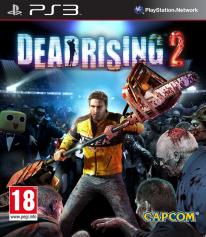