Joystiq reports that Top Cow Comics' Marc Silvestri have confirmed a sequel to Starbreeze Studios' The Darkness, released on PC, Playstation 3 and Xbox 360 two years ago. No details have emerged, but it is clear that Starbreeze won't be developing the title as they are busy with the next Jason Bourne game and a sequel to a classic EA IP (rumoured to be Syndicate).

REVIEW. Written by Daniel Steinholtz | Gamereactor Sweden on the 10th of February 2012 at 11

"Minors and those easily offended beware. This wears its 18 rating with bloody pride. Jackie isn't afraid of the dark anymore, but neither should you be."

Get The Darkness II free on PC

Humble Store has a very bloody gift for us.

Darkness II demo out next week

Get your "quad wielding" on early!

Previously on The Darkness....

Story trailer fills in the gaps. 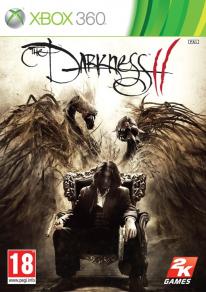