Cities: Skylines was to many the city building game that SimCity was supposed to be. Well-received by the press, the game sold over 1 million copies in just three months. The modding community has been very active, bringing in new buildings and features.

But the developers also have something in their sleeve. During a Techradar's interview, Colossal Order's CEO Mariina Hallikainen said that they have a big expansion already planned which will be unveiled at Gamescom. The company will also talk about upcoming free and paid updates.

Hallikainen also states that they will keep supporting the game as long as it is possible:

"I think the point where we have to move on to a sequel is when the technology is in such a state that it doesn't make any sense to continue working on Cities: Skylines. I'm hoping that will be some years in the future because there's so many ideas we want to add to the game before going there."

Cities: Skylines also received a new 1.1.1b-patch, which besides bug fixes adds around 30 new buildings to the game. You can read the full patch notes from Paradox's forum.

It will include content creators such as Biffa Plays Indie Games, Quill18, RTGame, and The Spiffing Brit. 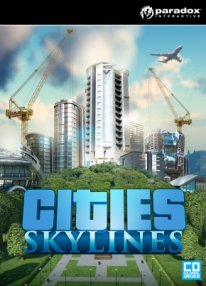