Players who pick up a copy of Call of Duty: Ghosts on a current-gen console who then want to update to a next-gen version can do so (the scheme was announced last night during Sony's pre-Gamescom conference), and it'll cost £10.

It was initially announced as a Playstation initiative, but Activision are also planning a similar system for Xbox 360 and Xbox One, which will be run through retailers such as Amazon and Gamestop.

"Retail programmes, announced by Amazon and GameStop allow our players to upgrade from the Xbox 360 to the Xbox One version of Call of Duty: Ghosts for £10 as well. We have also previously announced that for a limited time our players will bring all of their Season Pass Content and all of their in-game progress with them within a console family, for no additional charge. We have the best fans in the world, and we want to make this transition as seamless and easy for them as possible.  And there's more news to come on that front. Stay tuned," he concluded.

Call of Duty: Ghosts will launch on PC and current-gen consoles on November 05, with next-gen versions of the game set to follow thereafter. 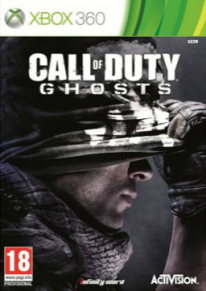