Square Enix announced Silicon Studio's Bravely Default II in late 2019 as an RPG that would release exclusively on the Nintendo Switch during 2020. It would even be treated as a Nintendo game in some territories, given prominence in shows and marketing. However, both the studio and publishers have been radio silent ever since the release of the public demo of the game in April, perhaps due to the lukewarm reception, it got among fans and critics alike.

Now, with the devs probably focusing efforts on fixes and improvements based on that feedback (something they proved they could do with Octopath Traveler), Nintendo (and/or Square Enix) was expected to at least confirm a 2020 release date or an official delay, but that has not happened yet. However, the Australian Classification Board did register a new entry for the game just the day before yesterday, which could point to a Q4 launch. Seeing how Nintendo traditionally likes its exclusive RPG's releasing in December, it would make sense, but at the same time, the public disappearance of the game shrouds its real status in mystery.

Then again, it's 2020 Nintendo PR we're talking about here, so Bravely Default II might as well be dated and even released all of a sudden.

Do you expect it to see the chibi RPG before Christmas? 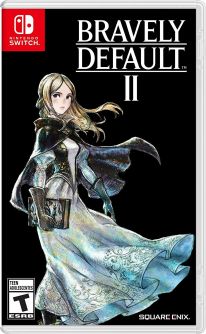