Battlefield 3 had some great maps and some of these have been given a new lick of paint and "levelution" goodies in the upcoming Battlefield 4 map pack - Second Assault. Four great maps from Battlefield 3 return, namely - Caspian Border, Gulf of Oman, Operaton Firestorm and Operation Metro.

Second Assault launches on Xbox One at launch on November 22 and will remain exclusive to Xbox platforms for an undisclosed period of time. 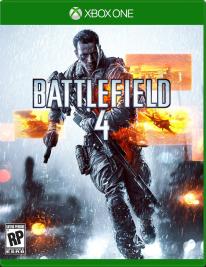