Bastion's 69p on iOS as part of a Warner Bros. title sale on mobile platforms.

Super Giant Games originally released the title, an action-RPG, on XBLA, before refitting it for mobile last year. It's normal price is £2.99.

Those titles on Google Play - Man of Steel, Batman: Arkham City Lockdown and Scribblenauts Remix - are also available for 69p.

We've reached out to Warner Bros. for clarification as to exactly when this sale ends, but haven't had a specific date acknowledged. It could be this weekend or later next week. Basically, if you want to pick the game up cheaper, do it now rather than later.

"Bastion at its core is an action-RPG. You will be hacking, slashing and shooting at enemy hordes that spawn as you walk across walkways that are rebuilt as you tread forward."

Bastion for 69p on iOS for limited time only

The Music of Bastion

ARTICLE. Written by Gillen McAllister on the 3rd of January 2012 at 17

"My assignment was essentially to 'write some town music' keeping in mind the Cormac McCarthy-does-fantasy tone."

Bastion reports half a million

ARTICLE. Written by Gillen McAllister on the 28th of December 2011 at 11

We draw this year's Playlists to a close with Bastion composer Darren Korb, as he takes us through his personal game music favourites. 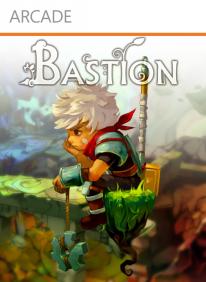