American Fugitive, the open-world sandbox action game being developed by Fallen Tree Games is to see release this May. The game, which is set in 1980's middle-America, puts players in the shoes of Will Riley, a falsely accused killer fuelled by grief, as he escapes prison and hunts down the culprit who framed him for his fathers' murder.

The game will feature a huge open-world environment which can be explored by either car or foot as you delve into the life of crime. This unforgiving lifestyle can lead players to rob houses, steal cars and even mixing with the criminal underworld. The world is your oyster, as long as you don't get caught.

Fallen Tree Games is not quite a household name yet as it is new to the games industry, however it is composed of developers coming from backgrounds working on titles such as TimeSplitters and Crysis, so the developers have a rich history of working on highly successful games. Lewis Boadle, art director at Fallen Tree Games has spoken about the announced launch of the game saying, "we're buzzing with excitement after seeing how much fun people were having with American Fugitive! We can't wait for you to get your hands-on American fugitive so you can create your own unique chaos (and find justice for Will, don't forget)".

Will you be leaping into the life of crime when American Fugitive launches this May?

"The simple gameplay is well-crafted and the narrative engages the player while never getting too heavy."

The game will arrive on Switch and Xbox One later this week, but for now PC and PS4 players can get going on the adventure.

The classic GTA-inspired adventure puts us in a top-down sandbox, and we're trying it out to see what's up today.

American Fugitive to release on all platforms in May

This open-world sandbox action game from developers Curve Digital and Fallen Tree Games will see separate launch dates for each platform but will maintain a consistent price tag. 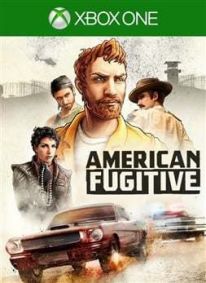