Bandai Namco's latest action title Scarlet Nexus launched today, bringing its brainpunk world for fans to dive into. Featuring a dual-story based around two protagonists, Yuito and Kasane, the game is set in a future where the human brain has evolved significantly, and now can use extra-sensory powers, powers that have drawn the attention of grotesque and terrifying supernatural creatures known as the Others who hunger for brains to ease their own anguish.

You can check out our thoughts on the game over here, but if you're interested in seeing the title in further depth, we'll be playing through the first two hours of Scarlet Nexus at the GR Live homepage starting from 15:00 BST / 16:00 CEST, where Ben will be the host.

You can also check out the latest cinematic trailer for Scarlet Nexus below to get an even better idea as to what you can expect. 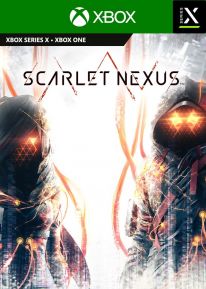