After almost fifteen years Naruto wrote the final chapter of its story late last year. The ninjas of the hidden leaf village traditionally have had a great reception on consoles thanks to CyberConnect2, a studio that has been able to make the most out of cel shading technique and has established an innovative and robust combat system. The Ultimate Ninja Storm franchise now reaches the fourth entry, which will take this great story to its end.

The last Naruto story by CyberConnect2 will produce even more detailed visuals on PS4, Xbox One and PC, seeming almost a playable anime (link to previous news). Therefore, the Japanese team doesn't want to stop sharing its progress with followers. Under these lines you can check out the last two concept artwork (although the former seems a montage of in-game screenshots) from Naruto Shippuden: Ultimate Ninja Storm 4, showing the Kakashi team at their reencounter and Gamakichi facing Juunin.

The game has no official date yet, but it will come out in 2015. What does this imagery suggest story-wise? Do you think that the graphics will actually reach the level of animated shows? 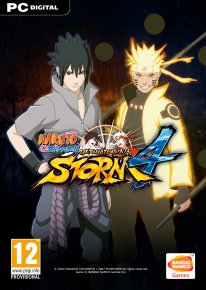