Do you know Through the Fire and Flames, the famous song from the heavy metal group Dragonforce? You may well know this because of Guitar Hero, as it's one of the most difficult and complex songs to play in Guitar Hero III: Legends of Rock, especially if you're a perfectionist and you don't want to make any mistakes either.

Well, it seems that we have our hero of the day, since 22-year-old Twitch streamer Randy Ladyman - who has been playing the series created by Activision since he was 12 years old - has managed, after several attempts, to complete the performance of the song with a Full Combo at Expert difficulty. Most impressive, however, is that he did it while wearing a blindfold.

For those not familiar with Guitar Hero, when you complete the game with Full Combo it means that the player didn't even make a single mistake, and consequently maximised their score.

You can see Randy Ladyman's great performance over here, and maybe learn some tips from watching him too. Is this the most impressive thing you've seen today? 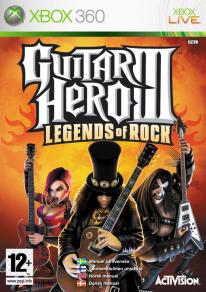