Four months ago we got the sad news saying Trackmania Turbo was pushed back into 2016. A month later we learned that it would come out with full support for both Oculus Rift and Playstation VR, still without a specific date.

This week we got the official word saying it will be released on PC, PlayStation 4 and Xbox One March 24, a couple of days prior to the release of Oculus Rift.

In the trailer released with the announcement we se four different environments, each said to have their own driving style. These are Rollercoaster Lagoon, International Stadium, Canyon Grand Drift and Valley Down & Dirty. Here is what publisher Ubisoft says about these environments:

"The brand-new Rollercoaster Lagoon is set in a tropical paradise, where drivers must race through sunny beaches and magnetic rollercoasters. The fan favorite International Stadium is back, along with the Canyon Grand Drift and Valley Down & Dirty environments, all reworked with updated graphics, gameplay, dedicated new car designs and a new artistic direction, creating a visual identity that immerses gamers in the arcade racing experience more than ever."

Check out the trailer here: 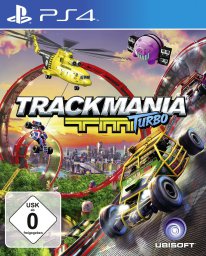