Last week, Focus Home Interactive announced a season pass for The Surge 2 - the sci-fi Soulslike from the German developer Deck13. Today these post-launch plans were fleshed out and unveiled via press release. Friends of the action-RPG can look forward to new weapons and gear sets found in the game world after purchasing the Season Pass. In early 2020 there will also be a new add-on that opens up a "mysterious aircraft carrier" for us to explore.

After you bought the pass you can find new items in the game's world, but they aren't immediately available. Instead, they will be added via updates until the end of the year. For example, there will be 13 new weapons coming during November and in December, the game will be extended with three new sets of equipment.

Anyone who wants to get the DLC items must first claim victory over their previous owners (and rip them off brutally afterwards). The add-on allows you to find these objects in the world, you do not get them automatically, but have to look for them all by yourself. However, upon purchase, you will receive a new weapon.

In January, finally, the "Kraken" DLC will come into play. This will add a new location and, according to the developer, promises "hours of content" with a "sinister threat" for us to fight. We don't know whether the content will be purchased separately or only with the Season Pass, which costs $19.99/19.99€.

The Surge 2 is available on PC, Playstation 4 and Xbox One and you can check out our review if you are interested in the game. 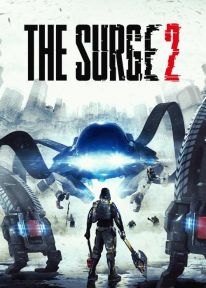