Many of us played The Elder Scrolls V: Skyrim and therefore will be familiar with the iconic home of the Nords as well as all the dangers that lurk below the surface. 1,000 years before the events of the latest main chapter in The Elder Scrolls saga, we find ourselves in the western region of Skyrim once again. However, instead of the rise of dragons, this time a vampire lord is threatening the population of Tamriel. With the help of his subjects, this evil foe creates powerful Harrowstorms, an unknown power that turns everything nearby into bloodthirsty monsters. The long-forgotten area of Blackreach hides deep underground, serving as the setting for these dark machinations. Treachery, slavery, and other grim topics form the very foundation of The Elder Scrolls Online's latest story expansion: Greymoor.

In addition to our loyal companion Lyris Titanborn, a new (vampiric) ally joins us at the beginning of the story: Fennorian from Ravenwatch. As one of the peaceful vampires living in Skyrim, he wants to end the dark lord's rule as much as we do. Over the course of seven main quests, we get to fight off a powerful vampire army called The Gray Host. Werewolves and mysterious circles of witches are also involved in Greymoor's wider story, which we have to say has a few pacing problems overall. Sadly, it takes some time to get started but once we entered Blackreach for the first time and unveiled the vampire lord's plans, the story starts to unfold.

We spent a total of ten to eleven hours on the main story, while the entire chapter provides up to 30 hours of added content. A large part of this is made up of side quests, which in some cases we liked better than the actual story. During our time in the western parts of Skyrim, we set free a magician who was trapped in an unusual place, stopped a powerful snowstorm, and helped a friendly vampire to rescue an ally from a terrible fate. The side quests felt well developed and offered various activities that we enjoyed a lot.

Aside from the story, Greymoor still has a lot to offer. The Harrowstorms are new world events that basically play out like the Dolmens we already know so well. On top of that, we'll get a new twelve-player Trial called Kynes Agis, as well as six added world bosses, two public dungeons, six delves, and some other activities. What's more, while previous chapters of the MMORPG presented us dragons or new skill lines, in Greymoor we dig into a brand new antiquities system.

We are particularly happy about the content being offered beyond the battle-focussed activities. This is thanks to the newly founded Antiquarian Circle, which introduces us to the world of relic hunting. In contrast to the mage and warrior guilds, the new association does not offer its own questlines, but we do get a skill line that helps us find Tamriel's treasures as the game progresses.

The antiquities system consists of two mini-games that are tied to identifying and digging up hidden treasures. Firstly, we use a mystical artefact called The Antiquarian Eye, which helps us track down the region where the treasure is located. Depending on how well we do, we either have to travel to several regions or immediately get the correct excavation site. Once we have found the exact position of the artefact within the target area, there is the second mini-game where the excavation plays out like Minesweeper.

As soon as we have dug up the object with the help of our tools, we receive a small description of said item. The artefacts can be new mounts, crafting recipes, emotes and much more - so digging is also worthwhile for non-archaeologists too. The mini-games offer an entertaining new component and give us another reason to sift through the ever-increasing number of areas found in the MMORPG. Whether that whole process still feels entertaining after the fiftieth time will be a matter of taste, but we are definitely happy about the new addition and hope that Zenimax Online will continue to find new ways to keep players on the go outside of combat.

With The Elder Scrolls Online: Greymoor, Bethesda and Zenimax Online open a very dark chapter filled with vampires, werewolves and witchcraft. One of our personal highlights is the new area of Blackreach, and it left us speechless at times with its visual design. The combination with the Gothic soundtrack left quite the impression on us, as the area creates an engaging atmosphere that should make every vampire fan proud. We also get a lot of variety above the surface of the earth, with green mountains, old ruins and icy landscapes that are inhabited by Horkers and polar bear families.

Depending on your personal style of play, the antiquities system is either a casual addition or a fun new activity. We have taken pleasure in playing as archaeologists and hope that the Antiquarian Circle will gain a little more meaning in the future. The main story, however, left us just a touch unsatisfied. Fennorian is a nice addition to the team and Blackreach offers a wonderful setting for the dark vampire story, but this only really comes into play in the last few quests of the story. Some of the questions and topics that are explored in the course of this chapter remain open until the end of Greymoor, which doesn't really help the ending either. The side quests, on the other hand, are surprisingly complex and provide a lot of narrative diversity.

Despite some weaknesses in the main story, we recommend The Elder Scrolls Online: Greymoor to those who crave for vampire stories and dark narratives in their role-playing games. Skyrim fans should also be enthusiastic about areas such as Blackreach or other popular places such as Solitude or Dragon Bridge. You'll get all that and more in the Greymoor expansion, which is out now on PC and will arrive on PS4 and Xbox One on June 9.

HQ
Gamereactor UK
+
Blackreach's design is impressive and diverse, soundtrack supports the chapter's Gothic charm, antique system brings new things to do, side-quests offer diverse and sometimes quite complex stories.
-
The main story starts slow and leaves some of the narratives unanswered.
is our network score. What's yours? The network score is the average of every country's score

We'll head back to Skyrim in ESO: Greymoor for today's stream

We're venturing back to Skyrim on today's stream and we're going up against bloodthirsty vampires.

Game director Matt Firor shares a message with players to explain the slight delay for Update 26 and Greymoor.

The Dark Heart of Skyrim gets started as ZeniMax releases the Harrowstorm DLC. 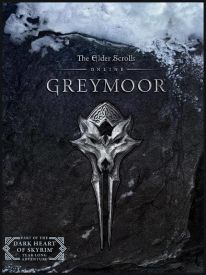