The king of grand strategy, Paradox Interactive, is celebrating the four-year anniversary of its sci-fi strategy experience Stellaris and there's more cause for celebration than time having flown by. Stellaris reached its all-time high for monthly active users this year and the developer also announced that it had sold over 3 million copies of the game.

To celebrate these many milestones, Paradox is hosting a grand celebration fit for the grand strategy genre by holding a free weekend on Steam so that those wanting to try before they buy can do just that (the weekend in question is longer than your average weekend as well, starting today and ending on May 17). Those playing on PC already can get excited about the free anniversary patch which is live right now and brings new visual elements and VFX to the game.

Console players can look forward to experiencing the 'Expansion Pass Two' release which is available today as well as the 2.2 update.

Those trying Stellaris: Galaxy Command out on mobile in the select countries with availability (Australia, Canada, New Zealand and Sweden) can celebrate the anniversary by completing daily tasks for "birthday cakes and rewards" which doesn't sound too shabby. More mobile goodies will be coming this week as well. Take a look at the anniversary trailer below.

Have you tried Stellaris?

We also have a brand new features trailer to get us in the mood. 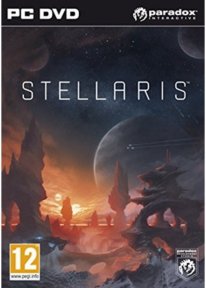