Saints Row has been through quite a bit in its 14-year lifetime and it hasn't just seen changes to the storyline either. Volition took its serious, GTA-competing gang saga identity and threw it out the window little by little until everything had been switched out for outlandish, alien-headlined slapstick chaos. If fans had missed an entry in the series before returning, they'd be thrown into something completely unfamiliar and unexpected, and if they had managed to stick with the series since the start, many were still dumbfounded by the number of changes made between entries. While not the game that brought the biggest change to the series, the entry that stood as the catalyst for change was 2011's Saints Row: The Third.

The story in Saints Row 2, while certainly not offering a true-to-gang-life narrative, brought equal amounts of serious, oddly hard-hitting story sequences in-between the crazy side activities and outlandish missions, which made it somewhat believable. Fans would play the game for the story just as much as they'd play it for the gameplay. Saints Row 3 put less focus on the creation of an engaging narrative and rather had the player engaged through a mix of wacky gameplay they couldn't really get anywhere else and over-the-top, hypersexual content.

The boss, Johnny Gat, Pierce, Shaundi and the rest of the gang took on new personas and images after the credits of Saints Row 2 had finished rolling as they left Stilwater for the much louder, brighter and crazier Steelport. The Ronin, the Brotherhood, and the Sons of Samedi were all eliminated and Ultor had been unlawfully acquired - things were looking up for the 3rd Street Saints.

Saints Row: The Third, which hit store shelves back in 2011 for the first time, releasing on PC, PlayStation 3, and Xbox 360, followed the Saints in their new suits with their media empire, pushing Saints-branded energy drinks, clothing and accessories to the masses and parading around as if they own the place, which, granted, they technically will down the line. However, all things must end or rather, all success is bound to be met by ferocious competition.

The main antagonist, at least initially, is the leader of The Syndicate, Philippe Loren. Loren is a fancy, charming and exceptionally evil man who's clearly made to look and act like a Bond villain with femme-bot bodyguards Viola and Kiki DeWynter on each arm. Loren has also managed to recruit three gangs, the Morningstar, the Deckers, and the Luchadores and so, because of the competition between the two empires, the Saints are once again hunted by an entire city that has clear issues with gang violence. The game will have players go through some hilarious, inappropriate and over-the-top missions when playing Saints Row: The Third - Remastered and the action kicks off on the tutorial mission and never stops.

The Third is an entertaining game for those who aren't expecting a deep story but instead would rather have fun in a world where anything is possible. You can be anyone, you can drive any vehicle (our vehicle of choice was a flying broomstick, letting our sexy nun zoom through the skies like a stripper-witch before ditching the broom mid-air to shoot random unsuspecting pedestrians with mind-controlling squid projectiles), and you can hop into the many side activities in-between missions (insurance fraud is still the best part of Saints Row). It's fun, it's outlandish - but does the remaster elevate this in any way?

The answer is: "yes, sure it does". However, we'd say that the remaster is more-so geared towards those who have yet to experience the game. It's not a downgrade content-wise and the hilarious DLC packs are included but it's not much of an upgrade either. We will say that the revamped lighting makes a huge difference and at times, the environments look close-to-perfect. We, for example, found ourselves slow-walking in puddles on an in-game rainy night to really check out the neon-reflections in the water covering the city streets. The lighting looks fantastic, both in daylight and at nighttime.

However, the rest of the upgraded visuals pose some problems. We had weapon models fuse together and stay in the hands of our player-character when holstered, some hairstyles looked like lego bricks slapped onto a bald head (so many, in fact, that we actually only used one or two), and tons of textures glitched out completely, many tied to the appearance of the character models, with the exception of the "main" NPCs that can be seen in cutscenes. This made some cutscenes look completely off since our character looked like a total mess with wonky textures and other assets glitching out, yet the NPCs (all of which have received facelifts, we might add) looked like they were pulled straight out of a different game. Oddly enough, we found that the new models don't necessarily look better, just different. Another issue we found with textures was the blood - oh the blood. It's bright red - radioactively bright - and it's clear there's a texture issue lurking here as well.

We can't help but think that this remaster could be a way for those in charge to bring the Saints Row fanbase back and a new potential fan base in without having to create a new experience, and this is honestly a shame. Saints Row: The Third - Remastered feels like the remaster no one asked for right off the bat and it never really manages to impress. People have been looking for a new entry in the series for years and instead, they keep getting the same two games remastered and re-released over and over again (we reviewed Saints Row: The Third last year as well and earlier this year we re-reviewed Saints Row 4 for the third time). The environments do look better than ever, sure, but there are so many glaring issues directly linked to the remaster. Saints Row: The Third is still a fun game, just like it was when it released in 2011 and just like it was when it released all of the other times after that. It's still fun, but did we really need it?

Saints Row: The Third - Remastered is free this week on Epic Games Store

Automachef will also be available for free later today.

Saints Row: The Third - Remastered is heading to PS5 and Xbox Series on May 25

It's also launching on Steam and GOG on May 22. 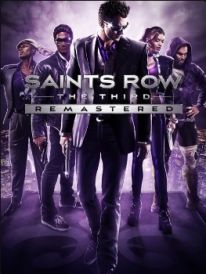