We've known for a while that Rayman Legends: Definitive Edition was coming to the Switch, as well as a demo for the game, and in regards to the latter, this is now live on the eShop in Europe and Australia after originally going up too early.

The North American eShop will get the demo tomorrow, and as you can tell from our review, it's definitely a game worth considering, especially now you can take it on the move with you to play as you go.

This version of the game will also allow players to use the touch screen to take out enemies and manipulate the world, as well as having exclusive features like the solo and tournament Kung Foot mode, the latter allowing eight teams to battle it out against one another. 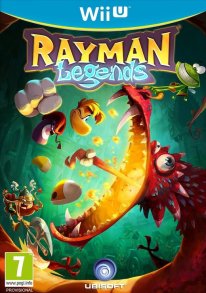