The Halo series likely doesn't need much of an introduction as it's one of the best-selling and highly rated action series of all time. This popularity has, of course, led to several spin-offs, like the smartphone game Halo: Spartan Assault (which is also available for Xbox One), the arcade game Halo: Fireteam Raven, and the Halo Wars series.

The latter has been fairly popular, not bad considering the fact that it's an RTS made mainly for consoles. That change of genre has no doubt meant that several Halo fans will have missed out on the fun, but this is something you can rectify for free this weekend as both Halo Wars and Halo Wars 2 can be downloaded on PC and Xbox One for free between October 18-21.

PC players can also download and enjoy Halo Wars: Definitive Edition on Steam during this time, while the Xbox One owners can look forward to some Halo Wars 2 action. Are you going to try either of the games this upcoming weekend? 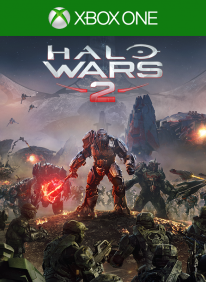