The Japanese magazine Weekly Jump has confirmed a new game based on the My Hero Academia anime, named My Hero One's Justice 2. According to the magazine (via Gematsu), the game is being developed to PS4, Xbox One, and Nintendo Switch, and it will support and improved version of the original game's fighting system.

The magazine also refers the addition on new story arcs and playable characters, based on the fourth season of the TV show. One of those new characters is Kai Chisaki.

So far, the game has only been confirmed to Japan, but expect more details and hopefully a western announcement soon. 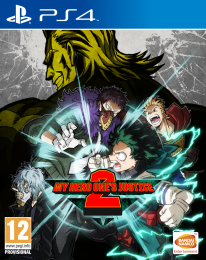