Activision have announced that a third Call of Duty: World at War map pack, appropriately named Map Pack 3, will be released in August on Playstation Network and Xbox Live. The pack contains three multiplayer maps; "Battery," "Revolution," and "Breach", as well as one Zombie map "Der Riese". The maps have been co-developed by Treyarch and Certain Affinity.

As always press releases of this nature often contain some impressive numbers and this one was no exception. Call of Duty: World at War has sold in excess of 11 million units worldwide and the two map packs previously released combine for more than 4 million sales. 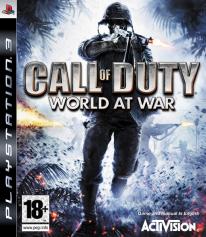