Back in March football legend Diego Maradona said he'd be taking legal action against Konami after being featured as a legend in Pro Evolution Soccer 2017, and now Konami America president Takayuki Kubo has visited Argentina to talk to Maradona, with the issue allegedly being resolved.

As reported by El Eco, Maradona has become a brand ambassador for PES until 2020, and although the terms of the agreement haven't been disclosed, there's been an exchange of money which Maradona will use to invest in amateur sports in his country.

The initial complaint Maradona had was that his image was part of the premium agreement with the Spanish club, but he stated that appearing with the Argentinian National team in the game had nothing to do with La Liga.

Do you think that Maradona's reputation is good for the game? 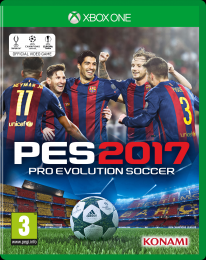