Motiga's Gigantic is still on track and we caught up with VP of Product Development James Phinney to learn more about the game and how it has been progressing recently.

"We actually had an issue with funding and needed to figure out how we were proceeding", Phinney said, "and we'd been working under a particular deal [with Microsoft], got a new deal with another partner and so it's obviously very challenging when you're in that situation but it's been really good in terms of the overall outcome because what happened is now we've got the game coming out on more platforms. Any time you're working on a game, the more people who can play it [the better]". Now, for instance, it is available on any Windows system thanks to the deal with Perfect World Entertainment.

We also talked about what lies ahead for Gigantic. "We're really close. With new server infrastructure and all the other behind-the-scene changes we're making we're actually just working on technical stuff right now to be ready for re-launch. What it'll probably be is just stress tests to make sure servers are okay and then we'll see where we go from there. We hope to launch relatively soon but we've got parts of the team that are just working on new content, refining balance, getting things ready for the future, and then a lot of it's just fixing problems, our backlog of bugs, polish issues". Smoothing the network and making it feel responsive is up there with the priorities, he went on to say, as well as stability.

Free-to-play MOBA Gigantic to shut down this summer

All heroes are free until shutdown on July 31 as Motiga and Perfect World wind down the game.

Gigantic open beta on Xbox One kicks off on December 8

Both PC and Xbox One versions will be tested.

No longer exclusive to Windows 10 on PC.

Motiga to work "aggressively to identify the resources we need to rehire" those laid off. 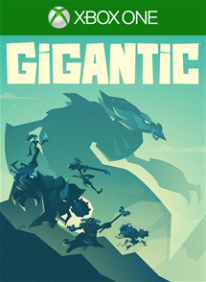