The Coalition and Laced Records has announced that the soundtrack for the original trilogy of Gears of War will in fact be getting a remaster and a vinyl release. The six-disc box set will include 89 tracks from Gears of War, Gears of War 2, and Gears of War 3 spread out over vinyls that are housed in a sleeve with two printed inner sleeves. The LPs themselves will also be housed in a collector's board box.

Pre-orders for the set are now open and if you are interested, you can pick up a copy here. Likewise, the records will be available, split into their individual games "at a later date". And, if you are interested in listening to the soundtrack, but are not interested in physical vinyls, the soundtrack is also available to stream or buy digitally on major platforms, including Spotify, Apple Music, iTunes, and Amazon.

Gears of War soundtrack to get remaster and vinyl release

It will be to mark the original trilogy's 15th Anniversary.

Would he be a good fit for the Gears of War movie?

The Gears of War film is still in production

Shane Salerno is confirmed to be a screenwriter for the film.

Gears: 60 frames per second "changes the way the game feels"

We chat with The Coalition about Gears of War: Ultimate Edition. 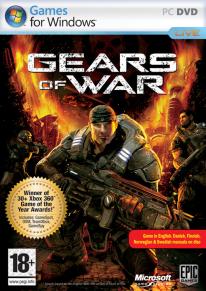