The Farm 51 recently underwhelmed us with Deadfall Adventures, but we're always willing to give a developer a second, third or even fourth chance. Get Even is a shooter that aims to blur the line between singleplayer and multiplayer as you'll face other players each with their own goals and objectives.

The game was announced late last year and this is the first trailer from the game that's coming to PC, PS4 and Xbox One in 2015.

"It's a good blend of thoughtful visual design and clever storytelling, and we've not played a game this intriguing in some time."

Get Even's new trailer shows the locations of the game

As well as their real life counterparts.

Today on GR Live: Get Even

The writers of Get Even discuss its mysterious story

"You're going to sit and play and not know what comes next."

Get Even delayed after attack in Manchester

Release pushed back out of respect for those affected.

Get Even's new trailer is all about tying up Loose Ends

Olivier Derivière will be responsible for Get Even's music

The music will react to the player in real-time. 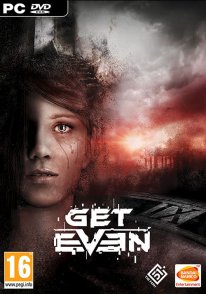