When Unravel was unveiled at EA's E3 press conference last year, a lot of people fell in love with the game's charm, especially the character Yarny. The game itself launched to fairly good reviews, and we really liked it. EA seem to be satisfied with the result as well, as they've contracted the developer, Coldwood Interactive, for another game.

Patrick Söderlund, Executive Vice President of EA Studios, made the announcement earlier today. When we reached out for further details they revealed that it's for a sequel to Unravel. What improvements and new features will we see? Co-op with two Yarny dolls? An open-world? And will EA move away from the recent trend by putting a number behind the title? Time will tell. 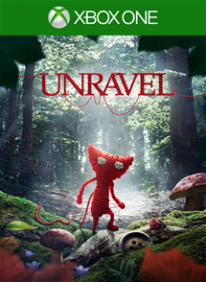