Patrick Söderlund, EA Games executive vice president, talks about where EA Games are at this stage of the generation and their upcoming projects.

Staying fairly mute on the prospects of the next generation, Soderlund, had the following short comment:

"Whenever the day is that there is new hardware in the market, you can probably bet that EA will be there."

Speaking on his personal views on the digital transition (Soderlund was keen to point out this was his private views):

"I think this is going quicker than people think, I think we're going to see this within 5 years... 5-10 years. And I think it's a course of natural evolution. I think the consumers are dictating where it's going and the consumers are clearly telling us that we're ready, we're doing this already - just give us the possibility and we will embrace it."

On whether it's natural to see this amount of sequels at this stage of the console cycle:

"I think unfortunately the answer is quite boring it's common business, right. It's expensive to make games, we obviously have a lot of new IP's that we are working on. We want to make sure that the market is right and that we have the biggest possible audience out there and frankly that we have the best possible technology out there when we launch them."

"Whether you're in the middle of an intense race, or just cruising around to explore and find cars and billboards, Fairhaven is a pleasure to drive in."

Need for Speed: Most Wanted is free on Origin

Ward: Nintendo and EA "didn't give a s**t" about NFS

Three Fields co-founder elaborates on his departure from Criterion.

Need for Speed on Wii U

Most Wanted coming in March.

Most Wanted DLC on Dec 18

We talk Need for Speed.

Get a taster of Fairhaven. 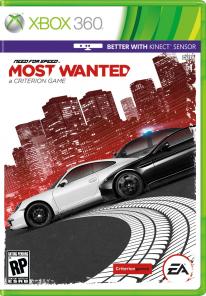