Dungeon Defenders II is in development, and according to Trendy Entertainment there's already a waiting list for potential beta testers interested in getting hands on with the cooperative mode.

In the sequel's co-op mode we're promised more heroes, towers and loot, an expanded story and a 24-player overworld, whereas with competitive the mode Trendy are suggesting a more RPG-like take on the MOBA genre. Sounds intriguing.

The competitive mode is already in closed beta, and the co-op beta is due to start sometime in late 2013/early 2014, and the game is in development for PC, Mac, iOS and Android. A console release isn't planned, but the devs claim that if next-gen offerings are suitable for their purposes, the game may well be ported there too. 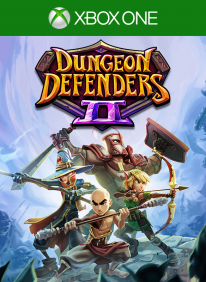