Bulletstorm has been out in the US for...oh, one day. But EA and Epic have now announced the first DLC pack for it - the so called Gun Sonata Pack. It will include three new multiplayer levels for the anarchy mode (Sewers of Stygia, Hotel Elysium and Villa) and two new echo maps (Crash Site, Guns of Stygia).

The price stands at 800 points for the Xbox 360, while formats that still use actual real money will sell it for $9.99. 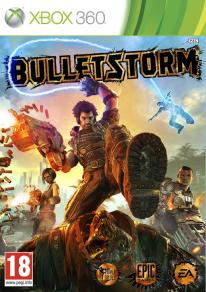