Yesterday, Bandai Namco shared a new trailer for their anime spectacle Scarlet Nexus, but that's not all they have in store for digital Gamescom attendees. In an interview with the developers, we were able to find out even more details about the scale of the project, its re-playability, and the production's status quo. We are pretty sure that Scarlet Nexus won't be ready when the new console generation launches at the end of the year, but maybe we're closing in on the launch in 2021?

"Yes, it has been quite a few years," said Game Director, Keita Iizuka, during our recent interview. "And I can say that we are close to really getting a finished product out of this. Especially to the action parts I think that we are really close to finishing this [part]. But when it comes to the gameplay itself that is something we still want to put effort and work into, so we can't really elaborate on that part furthermore."

"The overall story and including all the sub-quests that we are planning it should be a game of about 40 to 50 hours playtime. So we do prepare quite an exciting time and when it comes to playing the game again we certainly will prepare some interesting opportunities to [replay] the game and to explore even new aspects of it. But that info will come as soon as we are ready to release it."

You can gain further insight into Scarlet Nexus in our big preview article, in which we talk with Game Director, Kenji Anabuki, and his colleague, the game's Producer, Keita Iizuka.

An anime production will accompany the game this summer.

You can experience the story with Yuito Sumirage or Kasane Randall.

Find out more about Scarlet Nexus in our video preview

Masakazu Yamshiro has no previous experience with game design, but his art made a huge impact.

Game producer, Keita Iizuka, revealed to us that the action parts are close to completion.

PREVIEW. Written by Stefan Briesenick on the 28th of August 2020 at 14 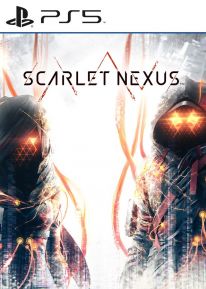