During the weekend, the GamesBeat editor Jeff Grubb revealed that he had heard that Bandai Namco's upcoming J-RPG Scarlet Nexus would be included with Xbox Game Pass at release. And while this was exciting news for most of us, it was also a big surprise for Bandai Namco.

To avoid people believing it would be included with the subscription service, a spokesperson said to VGC:

"We have no plans to bring Scarlet Nexus to Xbox Game Pass at this time and are excited for its launch on Xbox Series S/X, Xbox One, Playstation 5, Playstation 4 and PC on June 25."

So if you are on Xbox and have been looking forward to this one, you'd better pre-order as it won't be a part of Xbox Game Pass anytime soon. Scarlet Nexus launches on June 25 for PC, PlayStation 4/5, Xbox One and Xbox Series S/X. 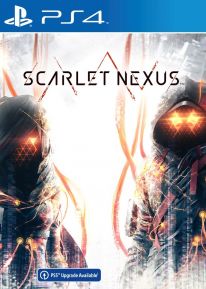