Last month it was humanity-saving monogamy and block puzzles with Catherine. This month? Demigod betrayals in a story-heavy QTE-fest.

"Watcher" might be better term than "player" because this tale is Japan's own Dragon's Lair.

Be shocked! As Asura's Wrath opens with the mother of all boss fights: a battalion of space-faring battlecruisers and flying gods tackling a planet-sized parasite and its larve-like battalions, and continues unrelentingly in escalating the awe factor from then on.

Be fearful! Of staggering cinematic feats mostly carried out with simple timed inputs.

Be desperate! In trying to find the small moments of direct-control gameplay amid cut-scenes, exposition, episodic breaks, teaser reels, artwork-heavy transitions, and gallery unlocks that are smeared across the game's length.

Be surprised! That you're clearly loving nearly every second of it.

Yes, for a particular type of gamer, one weaned on anime in earlier life and who considers the unexplainable but no less cool trappings of physics-defying uber-beings as de-rigueur, Asura's Wrath will have the geek-juices exploding.

The story's relatively straigh-forward, but very well crafted in charting the rise and fall of super-humans turned gods.

It's all open aggression as Asura is betrayed by his brethren at the game's start and cast down into the planet's core only to return hundreds of years later to a) a world that's little better than before, b) your ex-friends have now elevated themselves to deities in the populace's perceptions and c) nicked your magic-generating kid to use as a continual god-sized Red Bull. Naturally you're steaming.

Asura's a demonic six-armed take on Marvel's Hulk, as his legendary wrath feeds his power, and excuses his ability to, say, devastate the poking finger of a planet-sized attacker, or survive the wrong end of a sword kebab that punches him straight through the earth (both moments watchable on the still-available demo as proof).

Every fight builds then to the same crescendo. Pound enemies until your Wrath meter is full and pull off a battle-finisher. That works across both the QTE-trimmings of the boss battles, or the direct-control moments as you tackle standard enemies. As such it feels like there's little technique here, more work-out as you accept that every attack is a means to an end.

Once you do get direct control - and these battles will be arena and corridor-based barrages against groups of human-sized foes - it becomes apparent the camera and targeting aren't as intuitive as they could be. Given the voracity and quickness of your attacks you'll concede any attempt to formulate stratagem.

Partly because the camera will continually bloody its nose against Asura's back as it tires to keep up. Partly because you're better mashing buttons to survive, because you'll be swamped with little chance of breathing space (and what there is you can't spot because of the camera angle).

Given time you would adapt to the fighting control scheme, but the time between these instances feels vast, and muscle memory recedes between.

Better are the moments when you're on a fixed path and the game adopts a shoot 'em up quality. Azura's long-ranged shots adapted to the lock-on and fire blasts of a Rez rather than brawler, much the same way Bayonetta flirted so outrageously with Space Harrier.

So, it's all about the QTEs. And honestly? The game's better for it: these direct-control moments are the weakest parts, due to lacking the flash seen elsewhere.

Had they been the lion's share of the experience Asura's Wrath would have formulaic, half-decent action adventure. Letting interactive movie take priority, and dicing the story into a episodic structure that's roughly hooked round each rival deity's appearance, the game punches its uniqueness card with confident heft.

An overabundance of QTEs will have you scoff. But there's also an undeniable thrill in them because simple inputs equate to something earth-shatteringly epic rather than mundane - Zeus hammering a Test Your Strength carnival machine the size of the galaxy as opposed to, say, putting cutlery away.

Will you ever play the game once done? You'd likely break it out occasionally, making a point to replace joypad with stick. Because the game bellows its appearance so loudly you can tell it'd be more comfortable with the bells and whistles of the arcade than the living room.

So no, not much. But the memory will remain. It's at the opposite end of the thought-provoking denouements that have tided us over recently. This is the blockbuster that versus the progressive art-house movie. But it's the popcorn entertainment only available on the video game screen. Entertainment on a scale and scope that'll you not see in cinema - because film companies wouldn't be mad enough (or capable enough) to fund or film it.

HQ
Gamereactor UK
+
+ Staggering amount of set-pieces. + Great character and enemy design. + Unrelenting battle sequences. + Story structure is intriguing.
-
- Camera and targeting not perfect. - Heavily-reliant on cut-scenes and QTEs.
is our network score. What's yours? The network score is the average of every country's score

REVIEW. Written by Gillen McAllister on the 24th of February 2012 at 10

"It's entertainment on a scale and scope that'll you not see in cinema - because film companies wouldn't be mad enough (or capable enough) to fund or film it."

Watch this or feel our wrath!

Straight from the floor of TGS.

Capcom loads one more into the barrel 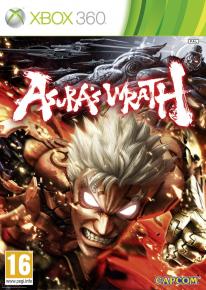