Age of Empires Online is no more, the news confirmed yesterday in a post on the AoE blog. "All good things must come to an end," reads the post, "and that time has come for Age of Empires Online. It is time for the barbarian hordes to ride off into the sunset for the final time. The servers will be permanently shut down at approximately 4pm Pacific Time on July 1, 2014."

Gas Powered Games and Robot Entertainment delivered the first content for the game back in 2011: "They were the architects of the ancient world where we fought and played together. We were ambitious and risky with AOEO in a number of respects; some of these experiments worked, and some did not. As the saying goes, I do think that we ended up among the stars, most of the time."

"The most thanks, though, belong to you, the players of the game. It has been a pleasure and an honor serving you all."

Age of Empires Online this fall

Free-to-play or in a box, the choice is yours

The series lives on... online! 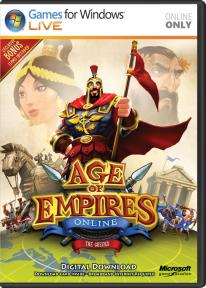