May we suggest some nice tunes to set the mood for the weekend? We're talking about the Nioh and Nioh 2 soundtracks, both of which are now available on Spotify, as announced this week on Twitter by Koei Tecmo.

Users over at the Resetera forums have noticed that first game's credits theme is missing - but other than that, it's all there. We published our review of Nioh 2 earlier this week, and if you want to find out what we thought of it... then head over here. 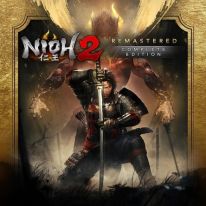