World of Warcraft and RuneScape are examples of two major MMORPGs that have given their longstanding players a chance to get all nostalgic in versions of the games that replicate the original experiences offered at launch. RuneScape has been offering classic servers to players for some time, and WoW players can jump onto Classic servers properly starting in late August.

One MMORPG that won't be getting the "classic" treatment mentioned above is Final Fantasy: XIV. The ill-fated online RPG launched in such a sloppy state that the developers decided to end things with a meteor strike, after which the game returned under the direction of Naoki Yoshida in the form of Final Fantasy XIV: A Realm Reborn, which was an altogether superior attempt.

As that game continues to expand, most notably with the upcoming Shadowbringers expansion, some people have obviously been wondering whether FFXIV might return as a classic server, just as we've seen elsewhere. Judging from game director Yoshida's reaction - which was to burst out laughing during the interview with Easy Allies - we definitely shouldn't hold our breath.

Yoshida used the word "nightmare" to describe the first attempt at the game and went on to explain that while he has been asked about this in the past, there are no plans to return to the original. They're even worried that resurrecting the failed MMO might put players off A Realm Reborn. So yeah, don't expect to see classic servers for FFXIV any time soon.

Something cool about Final Fantasy XIV will be announced next February

Yoshida laughs when asked about classic servers for FFXIV

Don't expect the ill-fated MMORPG to make a return in the same vein as World of Warcraft: Classic.

Now that work on Final Fantasy XIV has concluded, the large-scale development phase of this new project has begun at 3rd Development Headquarters.

The event returns alongside themed items.

Talks are "ongoing" with the platform holders, but it might be another Fortnite situation.

Worlds will collide in a forthcoming update. 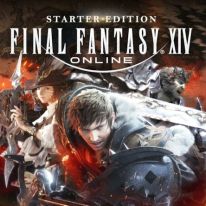