In August last year Japanese newspaper Zakzak revealed a Western release of Yo-kai Watch - Level-5's latest big success in Japan. Now Level-5 announced during their own Visions 2015 event, that the game is set to launch in North America spring 2016 and will be published by Nintendo. More countries follow till the end of next year. 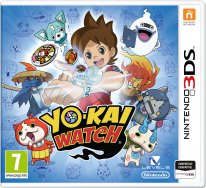