You might know Yacht Club Games best as the developer behind Shovel Knight, but a new press release has announced that they're unveiling Cyber Shadow at PAX East in Boston this week, a game that sees you slash through synthetic lifeforms that have taken over the world in a take on the ninja action genre.

"It's a huge honor to work with Aarne Hunziker on Cyber Shadow. We understand more than most what a massive undertaking it is to bring a game you've been dreaming about for years into the world. We're here to help Aarne deliver his vision - taking care of the 'boring stuff' so that he can do what he does best," said Yacht Club Games game director Sean Velasco.

"Working on Cyber Shadow has been exhausting but amazing at the same time. I'm thrilled that Yacht Club Games has taken an interest in my ninja game. It feels surreal for sure, and I can't wait to see what comes nex," added Aarne 'Mekaskull Hunziker, creator of Cyber Shadow and founder of Mechanical Head Games.

YCG will be handling marketing, porting, business, and other publisher roles, and is also giving design feedback based on their own experiences.

If you're at PAX East and want to see the game, you can do this in Booth 20079 at the Expo Hall, near Nintendo and the Indie Megabooth, but the full game doesn't have a release date yet. What we do know is that it's coming to PC via Steam, PS4, Switch, and Xbox One though, and that it'll cost $14.99 USD (no other prices were mentioned).

You can see a ton of screens and a trailer down below. Does Yacht Club Games' attachment to this project reassure you as to its quality? 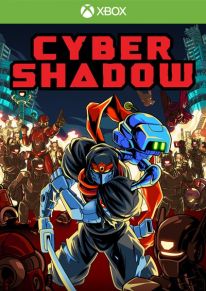