Monolith Soft. is responsible for Xenoblade Chronicles, an RPG that was a hit when it originally arrived in 2011 (in Europe at least), and if you missed the Wii game the first time around - or even the 2015 Nintendo 3DS edition - then you might want to check out Xenoblade Chronicles: Definitive Edition on Switch next year.

We don't have a more specific release window other than 2020, but what we do have is a trailer giving us a taste of what's coming when the RPG re-emerges nine years later, including a look at the gorgeous visuals.

Have you played it before?

"You've got until the timer runs out to ready for the world of hurt coming your way. It sounds like a cop-out. It isn't. Panic-inducing is what it is."

The Wii RPG is re-releasing with a Definitive Edition, and we even have a new trailer already.

Rumour: A new Xenoblade for Wii U on the way?

An online retailer listed it for Wii U.

Xenoblade heading to Wii U?

Available for pre-order at several retailers. 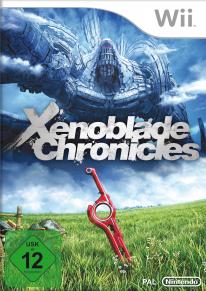