Slightly Mad Studios' game based on the explosive action franchise Fast & Furious is landing on PC, PlayStation 4 and Xbox One in August.

A new feature in Pokémon Go will let Pokémon move behind objects in the environment.

A 'revolutionary' scoop regarding a future Sega-tied reveal is to be shared late next week, but what could it be?

Has a new Remedy game been spotted on Epic Games Store?

A Remedy project under the codename 'BigFish' has been spotted on the Epic Games Store. Could it be tied to an unannounced title?

Text: Markus Hirsilä Published on the 27th of May 2020

Dead by Daylight to get a graphical update "soon"

Behaviour Interactive detailed its plans regarding graphical updates to its asymmetrical horror game Dead by Daylight.

Sony Pictures reportedly working on a The Last Guardian film

Fans of Japan Studio's The Last Guardian could be getting a big-screen treat via Sony Pictures.

Text: Fabrizia Malgieri Published on the 27th of May 2020

"Despite the disappointment of the expansion, we think Xenoblade Chronicles: Definitive Edition is one of the top exclusives to land on Switch."

Text: Aleksandra Olszar Published on the 27th of May 2020

The Point & Click Adventure is set to release on PC this summer but you can try it out for free now.

Text: David Caballero Published on the 27th of May 2020

Study economic history in the Anno History Collection set to land in June. The collection spans from the 15th to the 18th century.

Dead by Daylight gets full cross-play this year

Behaviour Interactive is bringing cross-play and cross-friends to its asymmetrical horror experience Dead by Daylight this year.

EA's NFL games are here to stay, so sports simulation fans better get used to another generation of EA titles.

Neon Giant's upcoming action-RPG The Ascent has been a mysterious project but now, new details have been shared.

BlizzCon 2020 has been cancelled due to COVID-19 concerns

Most of us were just waiting for it to happen and now it's official - BlizzCon 2020 won't open its doors this year.

According to a marketing plan for the 2023 fiscal year, we could be waiting a few more years for the next GTA.

Here are the Games with Gold titles for June

May is coming to its end and you know what that means - new month, new free games via Microsoft's online service.

Dead by Daylight's next chapter is a Silent Hill crossover

After having fans guessing since the announcement that the next chapter would be a licensed chapter, it's now official.

Text: Stefan Briesenick Published on the 26th of May 2020

Captain Tsubasa to kick off in August

The Legends Edition will even include an actual fussball table.

Text: Sergio Figueroa Published on the 26th of May 2020

Text: Eirik Hyldbakk Furu Published on the 26th of May 2020

The next GPU from AMD, the Big Navi, is rumoured to release in September in four different versions.

The Last of Us: Part II seems to be banned in the Middle East

Media Molecule is looking for European testers for Dreams VR

Developer Media Molecule is looking for VR testers for Dreams and each tester is to get paid £200.

Text: Markus Hirsilä Published on the 26th of May 2020

Urban Flow will let you manage the traffic on Switch

Puzzle game Urban Flow will offer players a whopping 100 levels of co-operative fun and it's set to release next month.

Developer Quantic Dream is working on "many" new projects following the release of Detroit: Become Human.

Text: Fabrizia Malgieri Published on the 26th of May 2020

Developer Netherrealm Studios wants you to really get to know the latest addition to the Mortal Kombat 11 roster.

We're already playing The Last of Us: Part II

Naughty Dog and Sony were exceptionally early in sending out codes for The Last of Us: Part II and we're playing the game for review.

Netflix's new series is not quite the out-of-this-world comedy we were expecting.

Text: Magnus Groth-Andersen Published on the 26th of May 2020

The game in which players slice blocks with lightsabers to some neat tunes just added more sliceable content.

Quantic Dream releases its games on Steam in June

Sony announces The Last of Us: Part II stream for tomorrow

Get ready to see more of Naughty Dog's The Last of Us sequel tomorrow as new content will be shown during a planned live stream.

Dead by Daylight's next licence chapter to be revealed tonight

Dead by Daylight is turning four years old and Behaviour Interactive will celebrate the fourth anniversary by showing the next chapter tonight.

Ed Boon has confirmed that the fighting specialists are looking at projects beyond the big two.

A tech demo has been shown, showing off early 'gameplay' of the mythological MMORPG The Ragnarök.

Text: Stefan Briesenick Published on the 26th of May 2020

An all-core overclock of 7.4GHz has been reported using the almost brand-new Intel Core i9 10900K.

Could The Division 2 be getting its own Underground mode?

Dataminers have discovered what seems to be a mode similar to the original game's Underground mode.

I, Dracula: Genesis gets early access release on Steam

Apart from an early access release, there's also a free demo if you wish to try this supernatural roguelike before you buy it.

The next edition of the acclaimed Razer Blade laptop has officially been revealed by tech giant Razer.

Developer nWay has revealed the third season pass coming to Power Rangers: Battle for the Grid.

Ahead of the coming release of the new Trackmania, we caught up with Nadeo founder Florent Castelnérac, who had plenty to tell us about the new features appearing in the studio's creative racer.

We take a look at the new sci-fi first-person shooter, Beyond Extinct, which puts a new spin on a fairly traditional setup by implementing roguelite features.

With his interest piqued after reading GR's 10/10 review, Dóri dived into Huntdown.

lihapyörykät and Sønnich er fed met up in the group stages of the Steelseries League 2v2 Tournament. Here they battle it out on Vertigo.

ST82 and n00bs met up in the group stages of the Steelseries League 2v2 Tournament. Here they battle it out on Short Dust.

lihapyörykät and Sønnich er fed met up in the group stages of the Steelseries League 2v2 Tournament. Here they battle it out on Short Dust.

ST82 and n00bs met up in the group stages of the Steelseries League 2v2 Tournament. Here they battle it out on Vertigo.

We crack open the box and take a proper look at the new fully-featured motherboard from MSI, designed for Intel 10th Gen Core processors.

Dóri dives into the new roguelite adventure published by Team 17 and developed by Heliocentric Studios.

The Nordic Showdown is all set to start, but what is it, who is competing and what are the stakes? Watch our trailer to find out.

Watch approximately 25 minutes of this area designed for new players.

Here's the revamped character creator you will find in WoW's upcoming expansion.

muumi laakson asukit and Team Selästä met up in the group stages of the Steelseries League 2v2 Tournament. Here they battle it out on Train.

Sibboboysen and Tsekkaa Mutsimet up in the group stages of the Steelseries League 2v2 Tournament. Here they battle it out on Vertigo.

In celebration of the launch of Apex Legends' 5th season Dóri booted it up and took the new legend Loba for a spin.

As Deep Rock Galactic tunneled itself out of Early Access, Kieran sat down to see if he has what it takes to become a Dwarf Miner.

Tsekkaa Mutsi and Vilde Dyr met up in the group stages of the Steelseries League 2v2 Tournament. Here they battle it out on Vertigo.

With PSN downloading not being quite what it used to be during the Corona Quarantine, Eirik got to switch out the game planned for the stream with two titles of his own choosing.

Eirik dropped into the warzone on PS4 to see if he could be the last standing.

Team Mario and Wild Arctic met up in the group stages of the Steelseries League 2v2 Tournament. Here they battle it out on Vertigo. 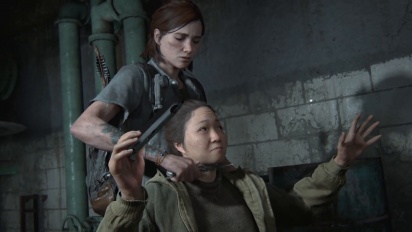 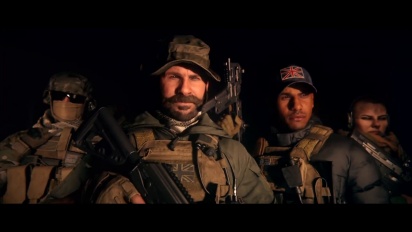 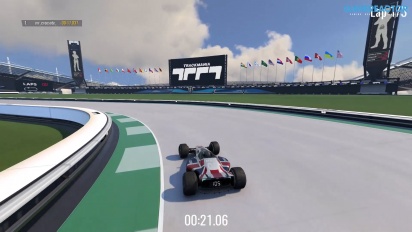 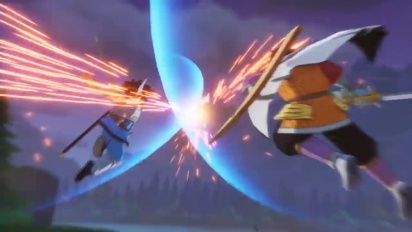