Just before the weekend, the official Twitter account for Xbox Game Pass posted some cryptic clues from Melissa McGamepass (fake person who are used for "leaked" emails like this). It was about a another title coming for the service, that wasn't Bethesda related and is a "new game":

"So much news today! Hope you don't mind if I add some more! (Although it's completely unrelated to the other announcements) That new game has been confirmed and is officially coming to the service! As always, keep this confidential. Before I go, I did have something I wanted to ask...

Has anyone else noticed a mysterious signal appearing in the distance lately or am I the anomaly in this situation? Weird question, I know."

The key words here are "mysterious signal" and "the anomaly", which both can be found in the synopsis of Outriders (a game that is both new and not Bethesda related):

"Humanity's efforts to colonise the alien planet, Enoch, went astray as the expedition teams encountered massive energy storms, known as "The Anomaly". The Outriders escape to cryo sleep, awakening 30 years later they embark on a journey across the hostile planet to the source of a mysterious signal."

This does make it sound like Outriders is in fact coming for Xbox Game Pass, even though it would be a real surprise if true. Outriders launches on April 1 for PC, PlayStation 4/5, Stadia, Xbox One and Xbox Series S/X - and having a brand new AAA third-party adventure available for Xbox Series S/X day 1 would indeed be quite big.

Hopefully, we'll get a confirmation sooner rather than later as we are now halfway through March, which is when Xbox Game Pass titles for the second half of a month is usually revealed.

It has fixed a bunch of bugs.

Square Enix: Outriders is on track to be our next major franchise

And it has over 3.5 million unique players. 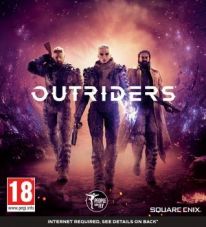