After the catastrophic launch of The Culling 2 last week, which saw the game fail to make any sort of impact (more on that here), the game's developers said that they were going to go away and do some soul-searching.

Now Xaviant's director of operations, Josh Van Veld, has come out with a statement outlining the studio's plans moving forward, and that includes shutting down the just-released game and getting refunds out to early adopters.

In its place, the studio is going back to where it all began and revisiting The Culling, the original game. Later this week the studio is releasing the Day One version of the first game as it was when it initially launched. The studio then plans to support the game and expand on it, modifying more recent versions to more closely reflect the Day One experience.

Van Veld put a brave face on what has obviously been a trying time for the studio. It's clear that they've realised that mistakes have been made and that they need to rebuild trust with their audience. It'll be interesting to see what happens next.

Xaviant shutting down The Culling 2, returning to the original

The studio is set to offer refunds and promises to reconnect with the community.

Xaviant is going to have some "difficult discussions about the future."

Battle Royale shooter The Culling 2 is out today 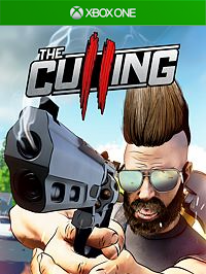