Good guys go bad, bad guys go good, they'll change outfit, nickname or entrance music to evolve their character. A good gimmick change can see a midcard Superstar propelled to the top of a pile, a bad one can be a flop resulting in the wrestler being wished the best in their future endeavours.

WWE'12 represents a change for Yuke's and THQ's wrestling series with a new name that sets it apart from the previous Smackdown vs. Raw games. The change comes at an ideal time for the franchise as it introduces a new engine and new control system, in addition to various other, smaller, tweaks.

The alterations to controls and gameplay are the most noticeable new features, with face buttons taking precedent over the well-established analogue stick based system. No longer is it a case of tapping the right stick to perform grappling moves, but instead their done with the help of face buttons. Players don't have to perform moves and just hope it targets a specific part of their opponent either, with the introduction of a simple system that allows them to select head, arms or legs.

This is particularly useful when performing submission manoeuvres which are activated no matter what the position of the opponent by holding down the grapple key. Once locked on, pressure is both applied and defended against with the new ‘Breaking Point' mini-game, where players frantically tap all the face buttons to either apply or escape moves. Both can see exactly how close victory or defeat is thanks to the Breaking Point UI, a bar that once filled will result in a tap out win for the attacking player. WWE '12 also adds authenticity in this area, as just like on TV, a wrestler in a hold can attempt to crawl towards the ropes, which forces the attacker to release.

These new controls give WWE '12 a faster flowing, more natural feel, creating a more engaging and accessible experience.
It also introduces the ‘Predator Engine' giving WWE '12 a more authentic feel than those before it, in both graphics and gameplay. Predator sees smoother animations than those of previous titles, with transitions between different movements much closer to those you'd see on television.

The improvements to the engine also mean that matches featuring more than two wrestlers also flow more naturally, with moves able to be broken up by a third wrestler. This means that if two A.I. controlled Superstars are tied up, the player doesn't have to sit back and do nothing. It's another tweak that makes WWE '12 not only more exciting to play, but closer to the ‘real' thing than any other WWE title before it.

Unfortunately, sound remains an issue for WWE '12 with noise during matches less than convincing. Wrestlers mostly sound the same when hit, while large chunks of commentary are not only lifted from Smackdown vs. Raw 2011, but remains just as repetitive. Meanwhile, dialogue during Road to Wrestlemania remains hit and miss, with some very good and some stilted delivery.

Road to Wrestlemania, once again makes a return but this time it's been significantly tweaked. Previous titles featured six different stories which each stood alone, WWE '12 reduces the number of campaigns to three which last longer, and are linked into arc that takes place across 18 months. Each tale features the unexpected twists and turns you'd expect from the WWE, with part 3 likely to make long time wrestling fans more than a tad nostalgic.

The extensive 12 to 15 hour Road to Wrestlemania does work well, but there are times where it gets repetitive or cards are frustratingly decked against the player. Irish wrestler Sheamus is lead in the Villain story, veteran Triple H takes centre stage in Outsider, while custom wrestler Jacob Cass is the focus of the Hero arc. Cass is created by the player in the familiar Create-a-Wrestler mode which offers countless possibilities. If you want Cass to be a man in a gorilla suit then he can be, anything but his name can be customised.

Customisation and sharing forms a key part of WWE titles with, Create-a-Wrestler and Create-a-Story this time joined by Create-an-Arena. Players can now create their own ring areas customising everything from the mat to crowd control barriers. Create-an-arena is an interesting new feature, though probably won't have much appeal outside hardcore wrestling fans.

Creating your own character, however, always appeals, and WWE '12 sticks with WWE Universe to essentially act their story mode. Create a wrestler, add them to the roster then play matches in order to chase various WWE titles. WWE Universe has been tweaked to add more variety, with a higher number of ‘story' events to add intrigue to matches and alter relationships between wrestlers. The lack of dialogue means WWE Universe isn't as engaging as Road to Wrestlemania but the infinite matches and large roster go some way to making up for this.

WWE '12 certainly does boost a large selection of wrestlers, both current and legendary and THQ will continue to add more with DLC packages already announced. Hardcore fans can once again pay for ‘Fan Axxess' and receive every single item of DLC. Meanwhile, ‘Online Axxess' also returns which means if players aren't buying a new copy of WWE '12, they'll need to purchase a code to play online. It's a controversial measure that THQ see as the answer to second hand sales.

It's certainly different from its predecessors, not massively, but different enough to mean WWE '12 is an enjoyable title not only for the wrestling enthusiast, but the more general fight fan too. While wrestling fans will appreciate the more authentic feel of WWE '12, others will find the simplified control system makes it more accessible, but not at the expense of gameplay. It all adds up to make WWE '12 the best wrestling title of this generation.

HQ
Gamereactor UK
+
fluid new gameplay, lots of customisation, vast replayability
-
Sound still poor, Road to Wrestlemania can get repetitive
is our network score. What's yours? The network score is the average of every country's score 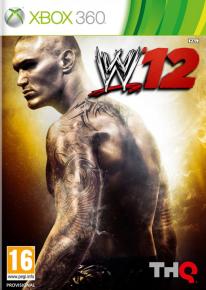