Developer Bugbear Entertainment just announced that their highly acclaimed racing title Wreckfest is going to land on PlayStation 5 on June 1, 2021. The game was initially released on PC back in 2018, followed by PlayStation 4 and Xbox One versions in August, 2019.

According to the publisher THQ Nordic, PS5 users can "experience carnage in 4K at a smooth 60 frames per second, wreck online with up to 24 players, and crash in style with enhanced visuals, including dynamic dirt, better textures and improved visual effects".

Here is an overview of the added enhancements:

"What starts off as a nice little run around ends up looking like it's been stripped for parts by the end of each race."

"It's a genuinely entertaining game where you can relax, push down the accelerator, and watch metal spray across the screen."

Wreckfest is racing onto PS5 this June

It remains at 30fps on Xbox Series S.

Wreckfest & Zombieland free to play on Xbox One this weekend

Try before you buy as new games are made available via the Free Play Days promo.

Wreckfest set to land on PS4 and Xbox One in August

Plus players on PC have something to look forward to on the very same day.

Witness some car model-deforming physics you won't find anywhere else. 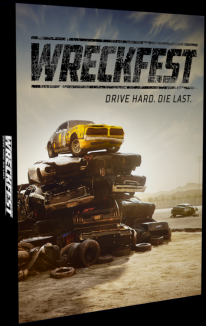