Wargaming, developer of the free to play World of Warships title has announced a Remembrance Day charity program that will see 100% of profits from exclusive items donated to wounded veterans through Help for Heroes.

The charity program will last from today, until November 22, and will feature the addition of items such as a Remembrance Day patch, flag and camo, as well bundles including the three cosmetics tied to the Premium ships, HMS Dreadnought and HMS Warspite.

"In these times of uncertainty, we believe it's important not to lose sight of those who dedicated their lives to protect others," said Rajeev Girdhar, WoWS Regional Publishing Director. "Veterans are a vital part of the Warships family, and we want to give our players the opportunity to honour and support those brave men and women."

Check out some images of the items and ships below.

World of Warships has added Dutch cruisers in Early Access

And they feature a new type of armament, Airstrike.

The campaign will last until November 22, featuring exclusive items where all profits go to Help for Heroes.

As well as this, players will see the return of Ranked Battles with a brand new map addition.

Here's a Halloween event worth diving into.

Space ships are heading to World of Warships this week

April is going to be full of fools in giant warships sailing through space.

You've been sinking each other's battleships... 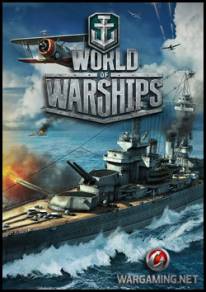