In an interview with Wired (and picked up by Official Nintendo Magazine), Zelda producer Eiji Aonuma has discussed how Wind Waker HD came about after the studio tested out various games on the Wii U hardware.

"We actually ran a few tests," he explained. "We tried converting other console games to Wii U. We actually did this with Twilight Princess and Skyward Sword. And the result of that was, hmm, those are semi-realistic representations of the Zelda world so we weren't really surprised with what we got. But with Wind Waker, when we converted that to HD we were really surprised at how great it looked."

When he proposed they create an HD remake of the game, he said there was "a lot of pushback" internally because of the belief the was a lot of audience negativity towards that version of Link. "In talking to our counterparts in the U.S.," he continued, "that wasn't actually the case."

REVIEW. Written by Gillen McAllister on the 17th of September 2013 at 23

"In the rich tapestry of 3D Zeldas, Wind Waker has remained one of the most graphically iconic. With time's passing though, it's arguable whether it's the series' finest hour."

Legend of Zelda concert planned for 2014

Music for Wind Waker, A Link to the Past and more to feature.

The Legend of Zelda: The Wind Waker HD on October 4

A work of art? 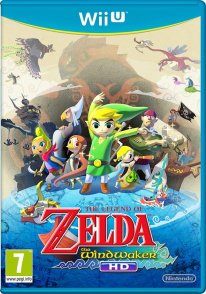