On March 14, boys and men across Japan, China, and South Korea give gifts of White chocolate, Marshmallows and other small presents to girls in reciprocation of Valentine's day the month before. This practice, started back in the '70s, was a marketing ploy by companies to make money, but the day has been embraced across East Asia and is known as White Day.

White Day: A Labyrinth Named School is a first-person survival-horror game published by PQube Limited for a Western release on PS4, but was originally developed and published by Korean studio Sonnori back in 2001 on PC for an Eastern audience.

The game takes place in a Korean school the night before White Day, featuring Lee Hui-min a new starter at Yeondu High, who sneaks in to prepare a surprise for his secret crush Han So-young; a box of chocolates and her diary she had mislaid earlier in the day. Not long after entering he discovers that he, along with a few other pupils, are trapped inside the building and are being harassed and hunted by possessed staff and violent spirits. Your only choice is to uncover the dark secrets that haunt the corridors and survive until morning.

The school itself is said to have once been a hospital during the Korean War, and due to the amount of deaths there coupled with the imbalance of feng shui, the dead now roam the halls, attempting to take any hapless students and faculty with them.

There are five difficulty settings for you to choose from with Hell, the hardest of them, locked off to begin with. It does recommend a Normal playthrough for players accustomed to horror survival games, but we would suggest that maybe a run-through on Easy or even Very Easy first is probably advisable, not only to get a feel for the controls and layout of the school, but to also enjoy the story without fretting too much about surviving the many horrors that lurk within.

As you explore the school, you'll notice that there's no HUD to speak of, and instead there's just a small reticle in the middle of the screen. Now White Day has no weapons for you to wield, so this small dot is used to focus your attention on items, documents, and puzzles scattered around the levels. Place the reticle over an interactive item and a hand icon will appear for you to open, turn on/off, and examine. SMS text messages will provide beginners with guidelines to follow, but these are disabled on Normal or higher difficulty. Your health and panic levels are not visible as bars or numbers either. If you get hit, blood red stains appear around the screen, and if you run from the evil janitor for too long panic and exhaustion set in and the screen blurs as your breathing and heart rate increases. You can heal and calm yourself too, as everyday lunch items will return your health back to normal and tranquilisers will bring your heart rate down (although we don't remember there being tranquilisers when we went to school, how bad is this one?).

You'll find, to begin with, that you'll be hiding from the janitor quite a lot. As he roams the school you need to keep out of sight, and if he knows where you are he'll chase you down and beat you to death with a baseball bat (pretty extreme yeah?). Turning lights on in rooms, running, and generally being careless will have him careering towards you rather quickly, so the use of stealth is highly advised. On Very Easy mode a small eye icon is displayed at the top of the screen if he's near, and simply hiding behind a desk can be enough to stop him finding you. Regardless of difficulty mode, you will find yourself crouching and crawling around the majority of the school in a desperate attempt to avoid detection.

There are save points in the game in the form of notice boards dotted around the school, and each save you make requires a Felt Pen to save, so use them sparingly. Thankfully, after solving puzzles and certain cutscenes an autosave will cut in, but we wouldn't recommend relying on these too often.

While stealth is needed to work through large parts of the game, there's also a number of timed challenges, usually involving finding, running to, and activating different puzzles around the school. These help to change the pace and, with a few quick time events, actually break up some of the frustration of spending the majority of your time crouched in the darkness.

Documents hidden around the school offer secrets and tips to help complete objectives, these being School Documents, Notes, Rumours, and Ghost Stories, all of which are worth reading as you progress, to help give greater meaning to what it is you are dealing with.

Most items you'll find can only be found with light, so get used to quickly turning lights on and off as well as using the handy lighter found early in the game to nab them before the spirits are alerted.
The characters you interact with are given a real anime feel in their appearance as well, as does the whole setting of the school. This works really well with the storytelling but it does take a little of the horror away from the overall atmosphere. Don't be fooled though, there are plenty of jumpscares and tension even if the gore is toned down.

White Day's soundtrack is an unusual one, as the opening scene is so serene and uplifting it lulls you into a false sense of security, although it's not long before the pangs of gongs and screeches of strings really put you on edge. We did find that in the latter stages of the game that in many of the more intense moments the music was a little over the top and the incessant wailing was distracting, but a small adjustment to the master music setting made it far more bearable.

One of the best bits of White Day is the ghost stories and their implementation in the game. There are so many urban legends and stories of the strange that are weaved into the game that as you journey through the school anybody familiar with Asian horror films will notice references to The Grudge, The Ring, and a whole host of other terrifying stories dotted around the classrooms.

There's an element of butterfly effect to the game too, and certain interactions can affect the outcome of the game. In fact, there are trophies associated with completing Hell mode 10 times, so there's plenty of replay value if you wish to brave the horrors and delve deeper into the game's mythos.

Ultimately this game is going to appeal the those who enjoy playing the horror survival genre, but there's more to it than just cheap thrills and jumpscares, as a rich story can be discovered if you are willing to put the time and effort in. Even though the styling may take some of the sting out of the game, it can still be terrifying and equally frustrating as you hide from the horrors within the labyrinth of the schools corridors.

Advertisements
Gamereactor UK
+
Offers replayability, Ghost stories and Asian influences impress, Genuinely scary at times, Interesting concept.
-
Music was a little over the top at times, Jump scares aren't for everyone, You'll spend a lot of time crouching.
is our network score. What's yours? The network score is the average of every country's score

"There's an element of butterfly effect to the game too, and certain interactions can affect the outcome of the game."

Whiteday is a new horror game for PlayStation VR

Mysterious romantic horror game to be released on 2016. 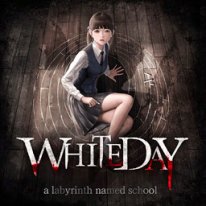