Last week we attended presentation for the Switch version of GRIS at Espacio Solo in Madrid and there we got to talk to tech director Adrián Cuevas, who had previously worked on triple-A games at Ubisoft Montreal and now has shared with us how it feels to release Nomada Studio's first title as a very different and personal project. But what does GRIS mean? Is it an acronym?

"The most important thing in the game are the colours," Adrían explains in the video interview you can see below. "Gris could be a name of a person [such as the protagonist's], the name of the colour [grey in Spanish], and we start [in the game] with black and white, so it just made perfect sense," as it's all about the main character's inner world.

The idea of playing with colours and emotions was there from the very beginning, as painter "Conrad [Roset] knew he wanted to make a game that was very artistic. He had it very clear that one of the mechanics had to be to discover colours, unlocking colours. And he really wanted to start with black and white," Adrián recalls.

In the interview, we also talk about how chapters in the story are based around different colours, about how they ditched a dress-based mechanic, and about how the team started working from a full storyboard, just like with an animated feature.

"It's almost like making a movie", the technical director and animator points out, and in the video there are several examples and dev footage of the animation process. "Every frame you see has been hand-drawn digitally - we even briefly thought about doing it on paper and then scanning it but it was too much. But yeah, everything has been hand-drawn frame by frame, then it has been coloured. We have had probably 80% of the people in the studio working on the art and animation. Almost everybody!"

Mastermind and main artist Conrad Roset is a well-known painter and his trademark style defines GRIS, but Nomada also had other sources of inspiration, including "from classic arts, from comics... basically from Moebius, from Disney movies (particularly some areas like the forest)", as Adrián admits, but also from other modern studios such as Studio Ghibli or other games such as Cuphead, Ori and the Blind Forest, and Journey, even though most of the team "never worked in video games", but came from other fields, mostly the arts.

Finally, we wondered if a game about sorrow could end up helping other 'grey' people, or even feel uplifting to them.

"The story is subtle, but we didn't want to explain it completely, because at the end of the day what we want you is to feel what Gris is feeling", Adrián says. "And we don't know if this is going to happen, but we'd love that people who are in similar situations see the feeling that Gris is feeling and how she overcomes it. So we hope that, as well as we transmit the melancholic feeling at the beginning, we hope that at the end they feel the same way as Gris could feel".

GRIS releases on December 13 on Nintendo Switch and PC, but at the end of the interview, the tech director leaves the door open to new platforms and even future projects, as "Conrad has a lot of ideas" (laughs). 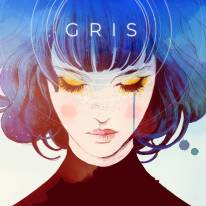