On today's stream we will be taking a look at Watch Dogs: Legion, a game which launched last week and allowed players to explore the streets of a near-future London and recruit many of its weird and wonderful residents. In our 7/10 review of the game, we called it "a really entertaining game that takes place in a fantastic environment."

Join us on our GR Live homepage at 3pm GMT / 4pm CET as we assemble with hacker group DedSec and play through the opening two hours.

Watch Dogs: Legion is free to play this weekend

Tactical Ops are only available in the full version of the game, however.

Watch Dogs: Legion is to receive crossplay and cross-generation-play

The open world game didn't launch with this functionality but it is on the way.

Console players can spend some time in London with freinds right now.

But not by much this time, and only certain parts of it on consoles and Stadia. 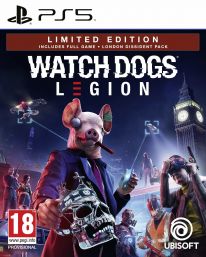